THE MAKING OF A LEGEND

An all-star cast brings the blues to life in Netflix’s highly anticipated, Ma Rainey’s Black Bottom, based on the play by Pulitzer Prize winner August Wilson. For a film as visceral, breathless, heart-wrenching, relevant and honest about the African-American experience of the 1920s, we knew the social campaign would need to be equally engaging. 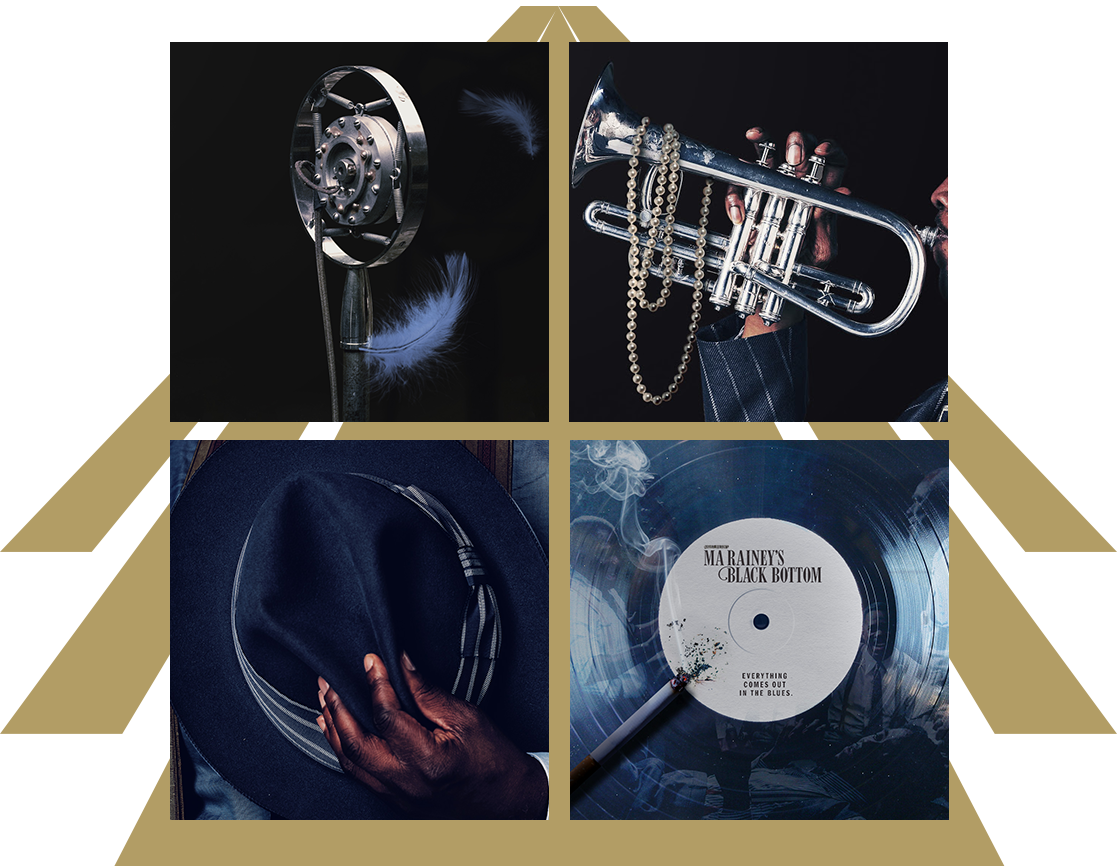 PERFORMANCES OF A LIFETIME

With Academy Award winner Viola Davis’ incredible transformation into ‘The Mother of the Blues’ and Chadwick Boseman’s fearless final role, the creative campaign became a celebration of their unforgettable performances. Through a series of entertaining and vibrant videos, we captured the lyrical dialogue of August Wilson’s poetry, the passionate struggles of its characters, the rich detail of the period and the soul of the music itself.

This comprehensive campaign was developed to inspire positive social conversations across Netflix’ channels and was structured to transition and extend toward awards consideration through behind-the-scenes content highlighting the filmmakers, the actors and the score. We created a digital style guide that set the stage for an elegant and prestigious art deco look and feel to usher the campaign seamlessly into award season. 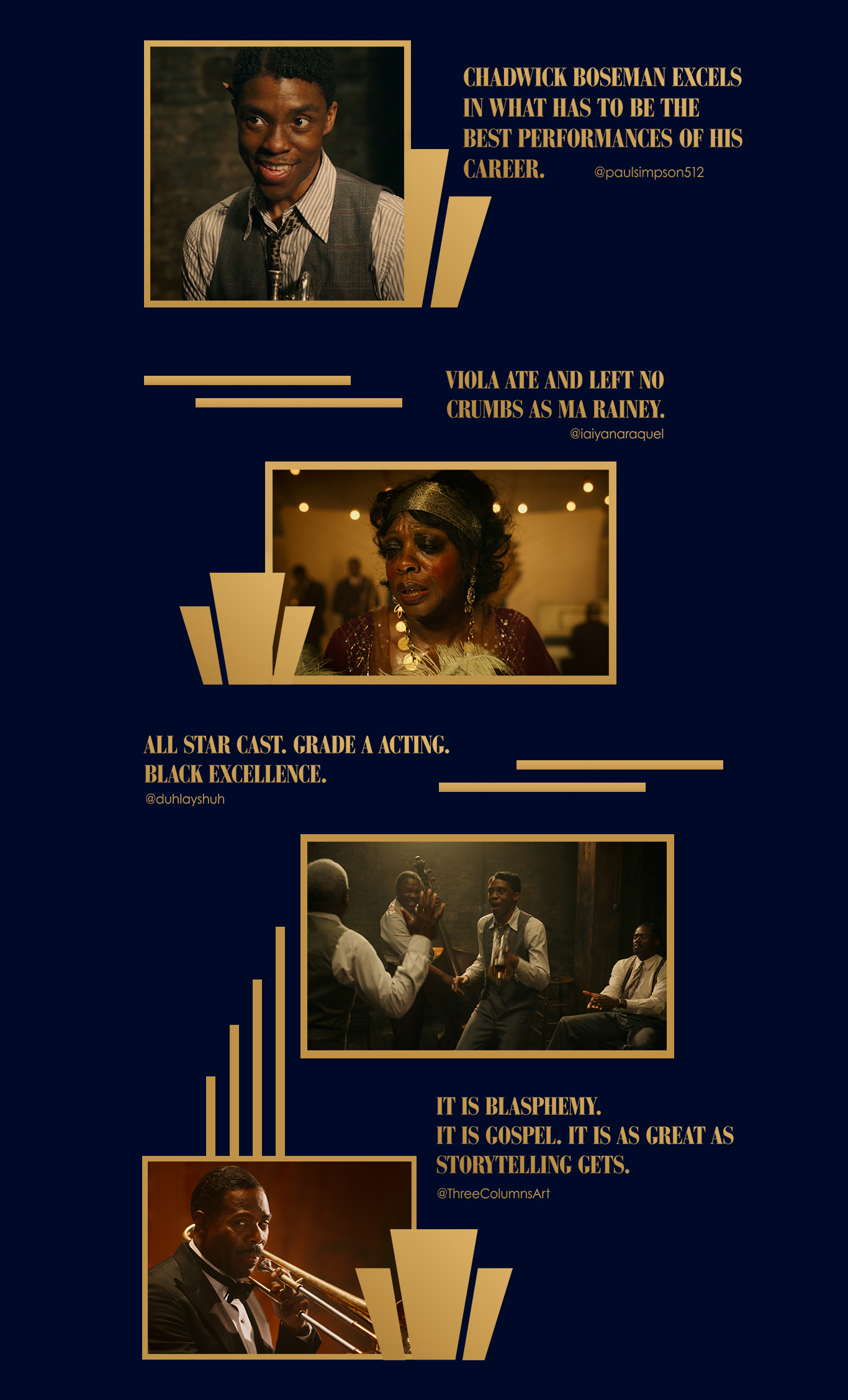 In promotion of its release, the Ma Rainey Twitter handle created a content hub for fans to immerse themselves in the recording studio. As a mark of success, the total conversation volume from launch weekend across platforms was 153.9K posts, 1.6M engagements and 1.3B impressions. A number of high-profile users from Barack Obama to Oprah Winfrey reached millions on their channels in support of this film where everything comes out in the blues. 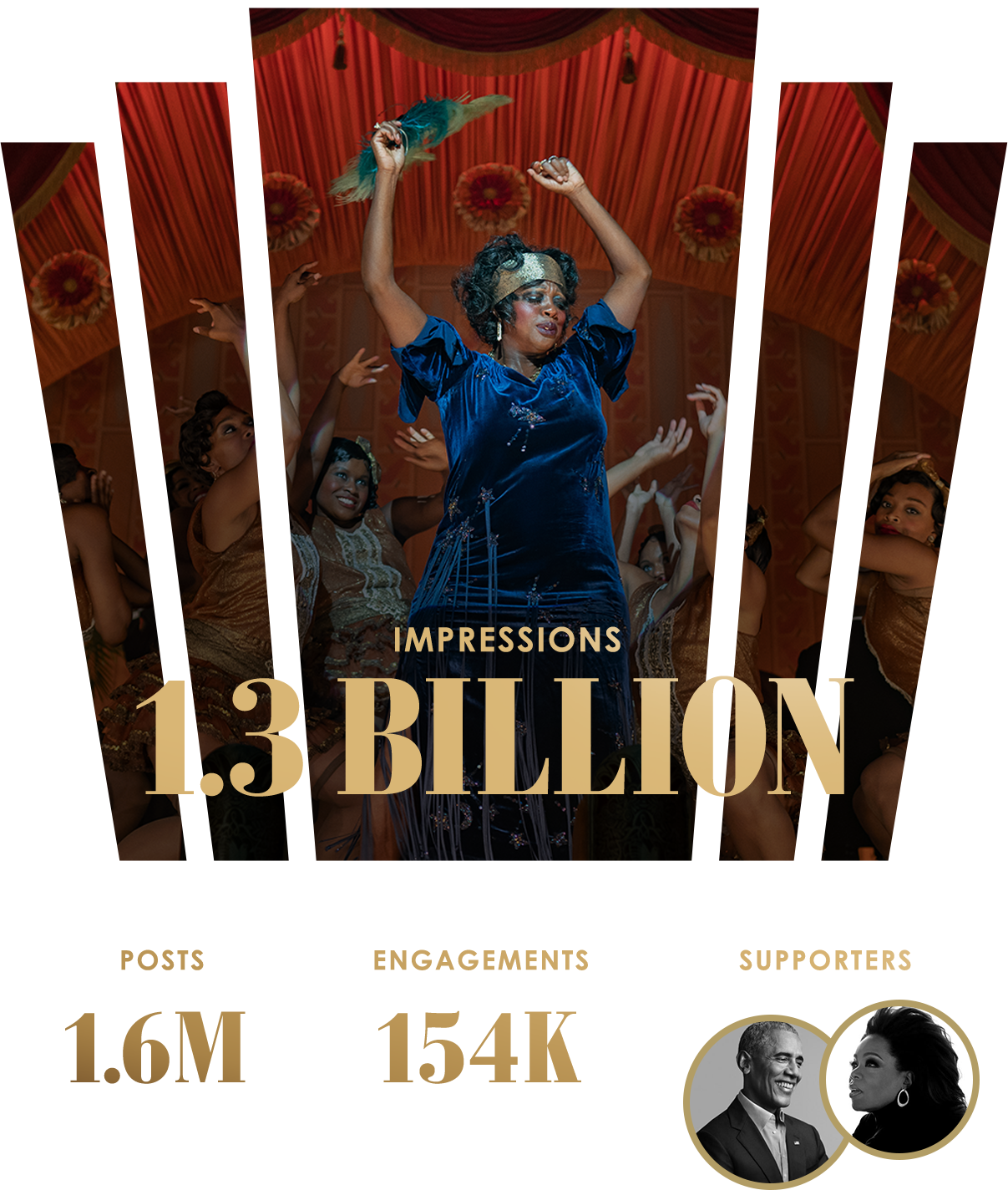